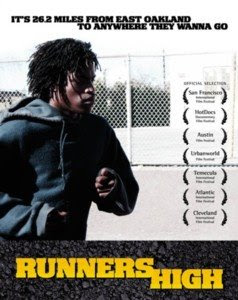 “The runner’s-high hypothesis proposed that there were real biochemical effects of exercise on the brain. Chemicals were released that could change an athlete’s mood, and those chemicals were endorphins, the brain’s naturally occurring opiates.”
- New York Times

The euphoria and freedom that running brings me is almost unexplainable. After a stressful day, I can lace up my Nikes and hit the pavement. Each step seems to pound away the stress of the day and I slip into another world.

I did not realize that the concept of a “Runner’s High” used to be so controversial until I started researching it for this blog. The concept was merely a theory until 2008 when research showed that intense workouts do indeed release mood altering endorphins.

Now that the theory has been proven true, I’m wondering why it takes so long to feel the high. A lot of newbies ask me how long it takes to feel that way about running. I can’t really put a time table on it, or even pinpoint the first time I realized I was hooked. It’s simply something that sneaks up on you and slowly reels you in. It’s the best addiction I’ve ever had. Anyone else out there experience the “Runner’s High”?

Side note: The picture is the DVD cover for a documentary entitled “Runner’s High”. The documentary chronicles a group of high school students from Oakland preparing for the LA marathon. Here is the link to the film.